...to a little piece of Heaven hidden in the folds of the Southern Drakensburg Mountains near Underberg 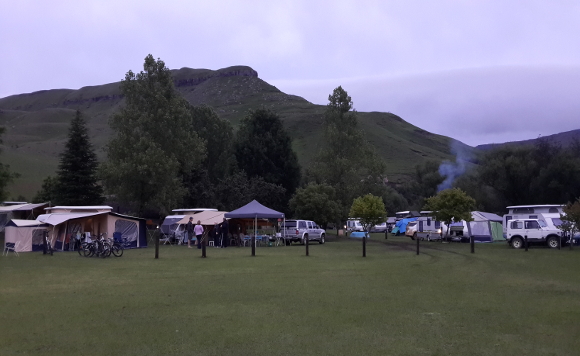 We are privileged to be able to share the diversity of the Drakensberg with you. Sharing a boundary with our new neighbours, “Drakensberg Ukhahlamba Park”, SilverStreams is one of very few private accommodation establishments sharing boundaries with this unique new World Heritage site.

Whether you are an avid hiker, a dedicated fly fisherman, a pro golfer, a horse rider, a bowler, an active tennis or squash player, an adventurous 4X4 owner, a bird enthusiast, a dedicated environmentalist, a rock art researcher, a sight seer, tour operator or just hungry for an escape from the city traffic, the wining-&-dining at SilverStreams is a stones throw from all of the above activities.

The name “Silverstreams” is derived from the many water streams that run throughout the farm. Dating back to the late 1800’s, the original owners and the description of the property are documented in the first original title deeds grant registered on the 1st January 1910.

Silverstreams, farm no. 12095, is situated in the Southern Drakensberg mountain range in the Kwa-Zulu Natal province. In it's full extent the farmland measures 1,020 Acres / 27 Perches.

On the western boundary of the farm, lies the division between South Africa and Lesotho. The two countries are linked by the Bushman’s Nek border post. The Southern, Northern and part of the Eastern boundaries are state land and are presently managed by the KwaZulu Natal Conservation services.

The 5-day National hiking trail, 'The Giants Cup', which starts at Sani Pass ends at the SILVERSTREAMS resort.

Silverstreams is situated approximately 36km from the nearest town, Underberg. Underberg can be reached on the D2 district road to Bushman’s Nek border post and police station.

Silverstreams now falls within borders of the uKhahlamba Park “world heritage site”, which were established in 2002. SILVERSTREAMS is one of the very few privately owned properties zoned for development of tourism accommodation inside the park. 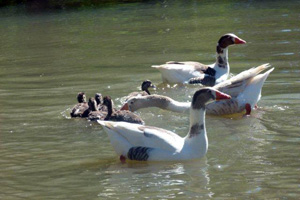 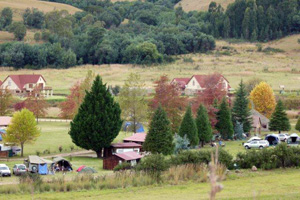 Improvements and Developments (In chronological order)

The original recorded owners was Frederick Franch Vetter who we believe build the homestead in the late 1800’s. The house was build comprising of the following:

The trading store was build shortly after the homestead The sandstone, which was used for all the external walls, was quarried on the Eastern part of the farm and brought down by oxen drawn sledges. Experienced masons must have chiseled the stone and built the homestead and trading store. Various other stone building structures were built on the farm such as the following

Gravity water channels for irrigation were developed for agricultural lands and the furrows of almost a kilometer in length were developed to source the homestead's water from a spring in the mountains.